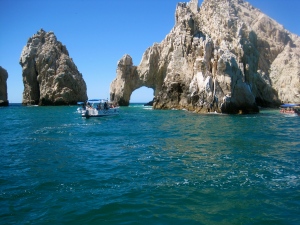 My spring break trips are very poetic. I think they mirror how I have matured over college:
Freshman year: So confused. Do I go to Mexico? Instead I went down to Orange County.

I could very well vacation there for the rest of my life. I ended up staying at my friend’s fab beach house in Emerald Bay then migrated down the road to Laguna Niguel to another friends house. It was wild. All I remember were hot dogs, beer, overcast, and cranberry-vodka. Woof.

Sophomore year: Cabo. Holy Hell.  I can honestly say that besides my last spring break in Paris, those 4 nights 5 days might have been the best days of my life. It was wild. I think I could have done a triathlon after all the time I spent at the Rec.

Well not really, but my stamina was up when we got there. I don’t remember eating a whole lot while we were there. I think I would have a margarita for breakfast at Mango Deck along with chips. The rest of the day I would sip on Miami Vices, and other fruity drinks strangers would give to me. Safe right? For YEARS I had watched MTV Spring Break.

Even though it was vulgar, inappropriate, and just out of control, I wanted to be in the audience for Say What Karaoke SO BAD. Cabo literally fulfilled every Spring Break Fantasy I ever had. The bathing suits, beach, tequila, the booze cruise, contests, and everything else were what I dreamed of and more.

Junior Year: Half of the posse was abroad so we decided to venture across the world to Spain and France. Barcelona was literally Vegas on meth. That lifestyle took a toll on me the day after we heard a rumor that everyone stayed out till 6 AM.

So Jen and me did. But no one else did…. Whoops. Fearing that we had been kidnapped, the rest of the posse was not happy about our arrival in early hours or perhaps early morning… I slept on the tile floor with my neck rest from the plane, and Jen slept in her suitcase. Memories. By the time we got on the plane for Paris, Barcelona had beaten me up so badly I was sick with the WORST sore throat of my life. Ah but what a glass of wine and escargot will do…

The next few days Jessica, Jen, and I roamed the Louvre, Champs de Elysees, and Versailles enjoying the best macaroons France had to offer us. I was in my element to say the least…I’m tempted to write about the best night of mine, and I think Jen’s life but what happens in Paris, will go in my sorority senior video. Sorry.

Senior Year: I’m not going to lie. I considered Cabo, or some type of Mexican getaway. But it’s almost too sacred to go back. There would be too many comparisons and re-enactments. I also don’t have the stamina like I did sophomore year. Shots don’t go down as easy, and lets just say I am DEFINITELY not ready for a triathalon.

Europe is just out of the question unless I acquire a large sum of money in the next week and a half.  So. I am going to New York. And I’m EXTATIC. I have a feeling that this trip will be one for the books. But only time will tell. Xoxo, Gossip gigs.