I decided to stop by Sprinkles on my way home from work since tomorrow is my boss’s birthday and she shares my unnatural obsession with cupcakes.

I grabbed my faves, but then  felt compelled to stop and nibble on some ice cream next door.

I ordered red velvet ice cream in a kid’s cone.

As soon as the cashier handed it to me, I started laughing because it looked like a baby ice cream cone.

(This will be my new order from now on).

When I walked in, I saw these two very well manicured men sitting outside eating ice cream, one of them looked familiar but no one that I would care about/recognize.

I stood there giggling at my cone preparing to Insta, when one of the manicured fools turns around, looks at me, then  looks at  his friend and says, “Oh no, she’s just taking a picture of her cone.” 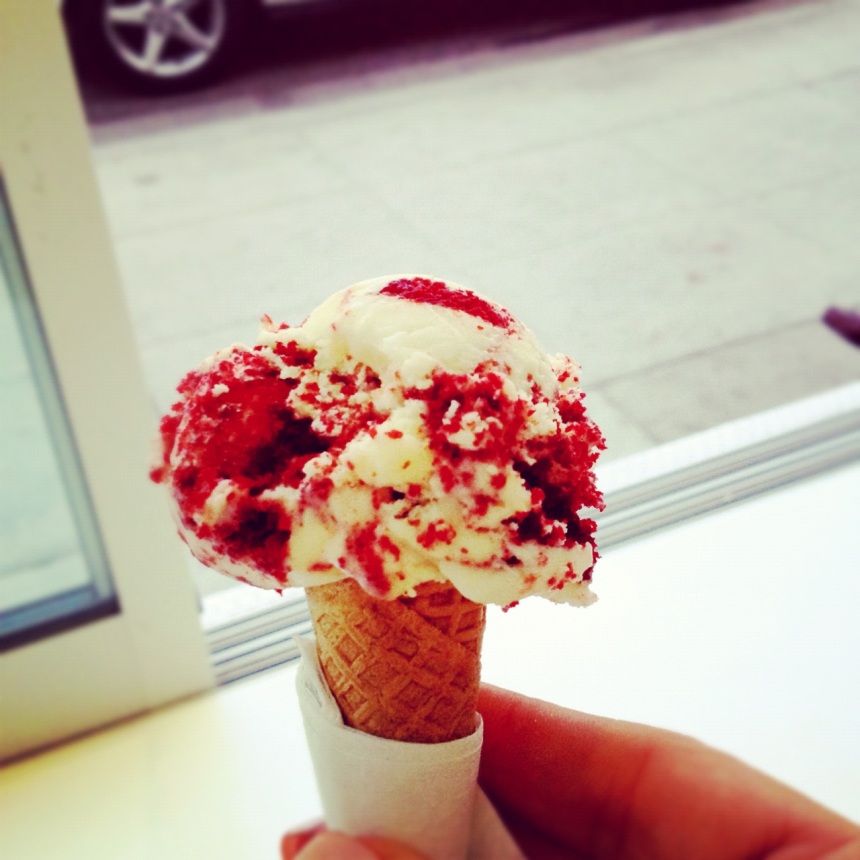 ARE YOU KIDDING ME?

You wish I was taking a photo of your d-list self who ever you are!

I almost chucked my baby cone at him, but realized it was too good, so I put on my new cat eye sunglasses and waltzed out attempting to knock him over with my big bag of cupcakes.