We woke up at 6:45am to get ready for the grueling 40 minute drive to Anaheim.

However, we did not leave my apartment complex until 8:45am since I left my house keys, ID, and garage clicker in my apartment.

You do not want the look of disappointment/disbelief I received at such an early hour.

Between California Adventure and Disneyland we managed to walk 8 miles.

Don’t be distracted by the Disney staples of churros, bread bowls and the alluring smell of popcorn.

Follow this guide, for foodie finds in the kitschiest of places.

At the end of the day, and after 8 miles of walking, I nearly dove into murky waters at World Of Color because I was so thirsty. 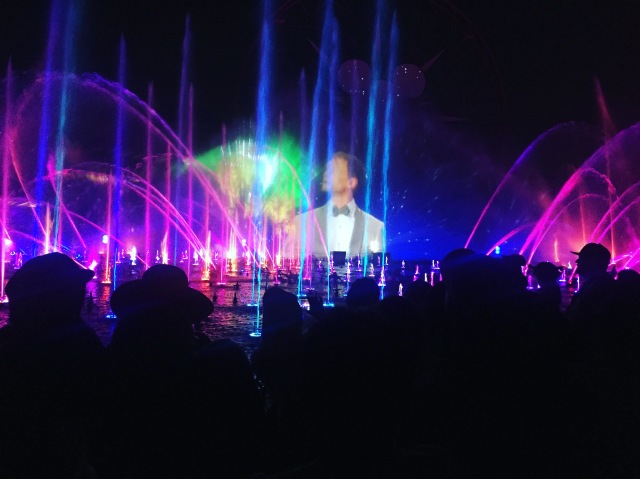 Calories are not a concern.

This goes for all food and drinks in California Adventure.

Besides Space Mountain, visiting the Cove Bar was our favorite ride of the trip.

We enjoyed the lobster nachos as a reward for our eight-mile journey.

This was by far my favorite Disney meal I’ve had as of yet.

The main reason we stopped at The Cove Bar was for their “secret” off the menu drinks.

Jordan decided to order two out of the five from the “secret” menu.

All consisted of 151, and were some version of a long island iced tea. 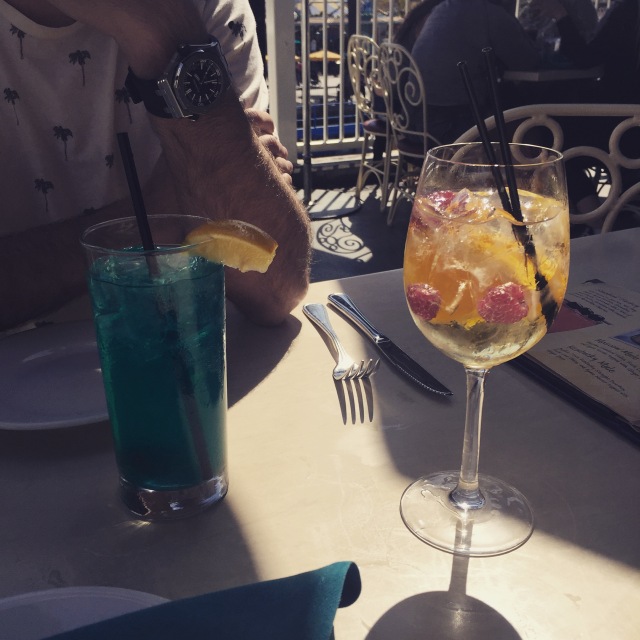 After Jordan ordered drink number three titled “The Zombie” the waitress looked at me with such hesitation, I couldn’t help but giggle, yet panic at the idea of going on the roller coaster and having The Zombie appear on the upside down loop.

Luckily The Zombie stayed at the Cove Bar, and we bopped around to my worst nightmare-Tower of Terror.

One bottle of wine, and the definition of dehydration later, I was so cold and tired, I visited three gift stores to find a “cute” sweatshirt.

None were purchased. #blessed

Reward yourself with an obnoxious breakfast for dealing with lines, pre-teens, and surviving The Zombie.