I knew nothing of this tranquil place, except that the housewives rented a villa there, and that my friend had a spiritual experience with some mud at the spa.

My dear friend Grey has been discussing this treatment called a Kuyam since he went to Ojai in 2016.

He described having an out of body experience while in a meditative state, and that it was life altering and a must if going to Ojai.

Jordan decided to surprise me and book a Kuyam and a massage at the spa.

I have not been to a spa since like ’03, so I was super excited for this luxe experience.

We arrived at The Inn, and immediately felt at home. Ojai is a bit of an odd place- You have desert-esque mountains, Mediterranean vibes of Palm Springs, but a feeling of also being in a mountain town with some of the trees.

It was a bit disorienting, but after a glass of sauv b, I was immersed in The Ojai.

What is great about the Ojai Vibe is how casual and relaxed everyone is.

You’ll see in my photos that I look pretty haggard since the #ojaiuniform was a Patagonia, lulu pants, and no make up. Which from living in LA, is a nice change of pace.

Also in Ojai was Michelle Obama, who sat with me by the fire every night as I sat with a face mask and relished in my relaxation.

Night one we headed to Nocciola restaurant in the town of Ojai. When I say the food was impeccable, it was. If you go to Ojai, GO HERE. 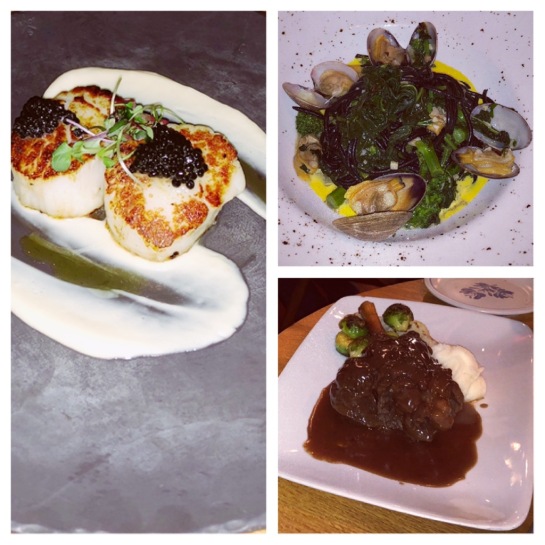 Our pre-spa day consisted of bike rides, lattes, farmer’s markets, and rosé. It was heaven.

Then we got to the spa… and things went awry post massage and lunch.

I had concerns about the Kuyam since I do not like saunas or steam rooms. In fact when I get the occasional bootleg facial, I push that face sauna (steam) away because I find it to be claustrophobic.

Grey assured me that it was in a big tiled room with ice water and misters.

We walked into the tile room and it felt like the facial steam X 10 and it was not a big room. It was tiled but with no windows. Then they turned off the lights and a recorded meditation came over.

Panicked and feeling suffocated, I chugged ice water and piled on the mud in the hopes that it would alleviate my claustrophobia.

Post Kuyam, you shower then head to a patio for nuts and tea. How about some sauv b?!

I was anxious to get on the patio and barely washed off the mud so even outside, I could not escape the Kuyam.

If you’re not claustrophobic with heat, then I recommend it.

Overall, Ojai was fab and I would recommend to anyone looking for an escape from the LA lyfe, to head to there to recharge and disconnect while enjoying delish food and the spiritual sauna.